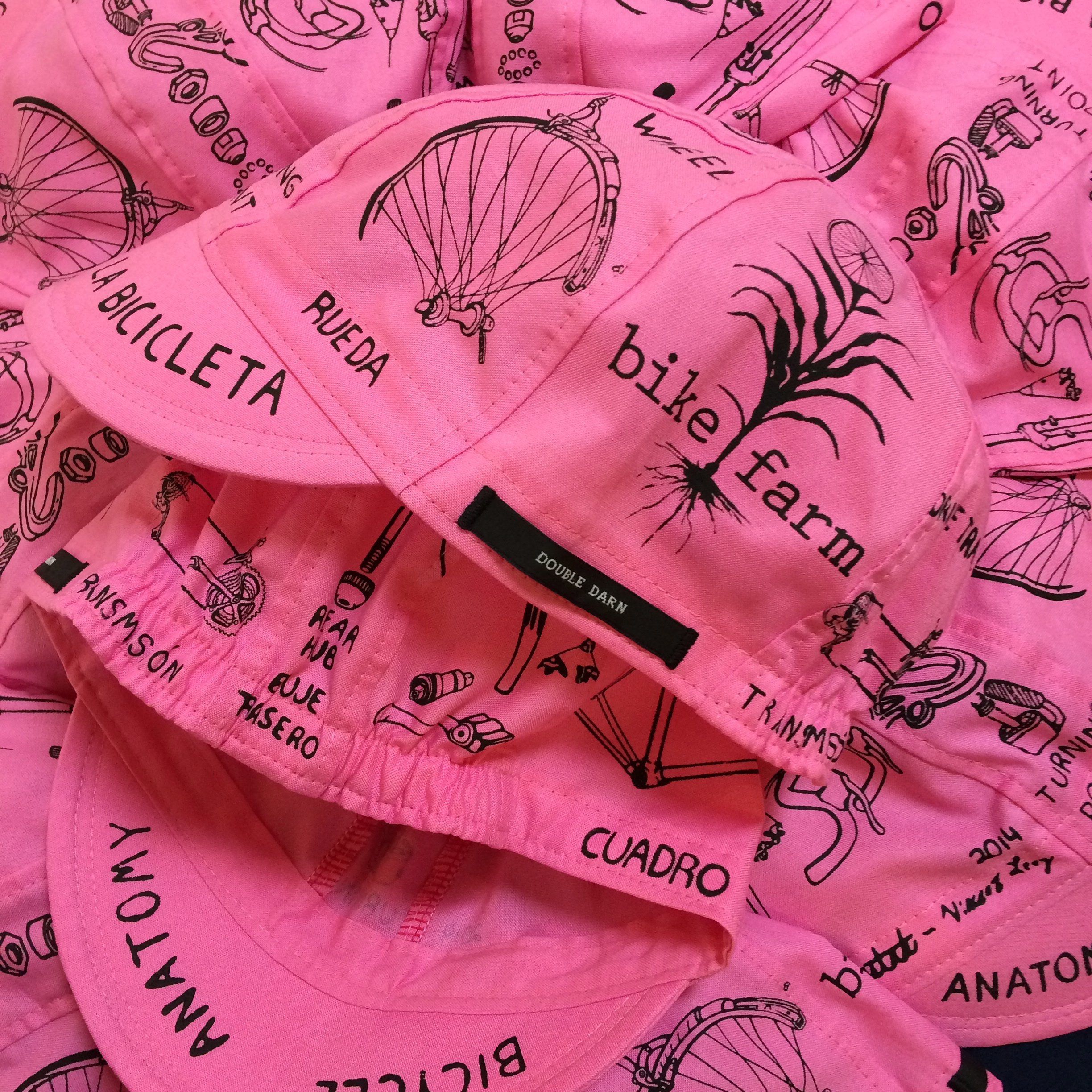 One of our volunteers worked with Misia of Double Darn to create bike caps that show off the sweet mural in Bike Farm that was painted by Vincent and Eva. The hats are for sale at Bike Farm!

5 Stars on Yelp and Google!

"Stopped in yesterday, needed a rear wheel because my spokes kept breaking.  They initially didn't have one that fit but we kept looking and dug out one that was close enough.   With some help, tools and direction from the crew there I was able to swap out my free wheel and put the used wheel on my bike.  It took less than 45 minutes and cost $28. A new wheel installed at a shop starts at around $100 so I was thrilled.  Will definitely stop by again." – Google user in 2016

“It being a place that teaches rather than preaches, has been real nice for me. Being able to learn about my bicycle by doing is something I appreciate very much. The patience of all of the volunteers is amazing. They are all above average people, ready and able to help with whatever I am attempting to tackle on any given day.” – Yelp user in 2015

“All I knew about bikes was that they had two wheels and occasionally exploded with no provocation; but the folks at the Bike Farm were welcoming and supportive of my willingness to learn. They're really good about showing you what you need to do, but letting you work through the process of actually doing it. Plus they have a ton of recycled parts for cheap - no $40 fenders for me, thanks.” – Yelp user in 2014

“The bike farm has taught me so much about my bike and shown me how to maintain it myself! My roomate and I once basically rebuilt both our bikes for under $50 and tuned them! Check them out and be on the look out for their better than ever shop! Also they are the most non-judgmental group you will ever work with. LGBTQA friendly.” – Yelp user in 2013

“Great help, great program, and very friendly volunteers. I didn't know anything about bike maintenance when I got there, but left knowing... a little bit about bike maintenance. Definitely enough to get my little red Scwhinn running like a dream (Evidently bike chains need lubricant. Who knew?). The only reason I'm not giving it 5 stars is because it's a cluster F in there. Not much they can do about that, but hey, we can't just be dishing out 5-star ratings like we're handing out Halloween candy. Either way, keep up the good work, Bike Farm!” - Google user in 2012 (at the old shop!)

“This place is refreshingly LGBTQ friendly and a great resource for the NE to wrench in a supportive and productive environment!” – Yelp user in 2011